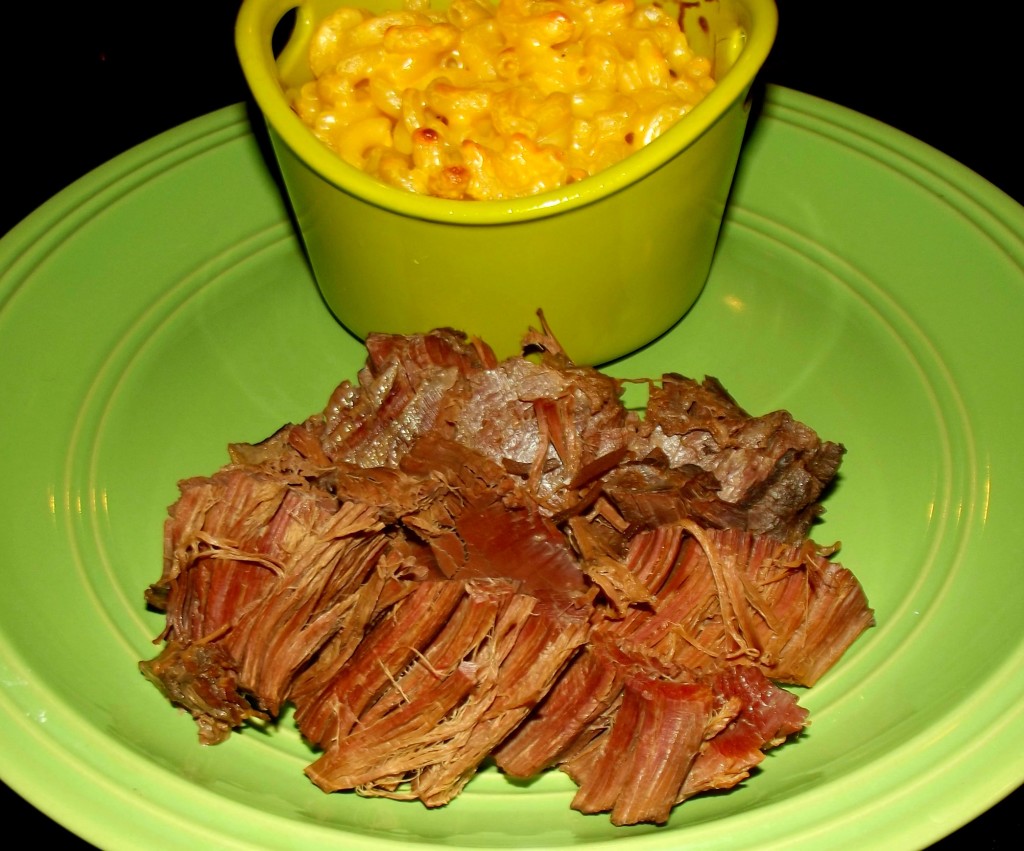 My husband, Adam enjoys eating venison, so he thought it would be neat to create a recipe to try out. I personally am not a huge fan of wild game meats. For some reason growing up I just have never liked the flavor and such, so when he said that I thought oh dear.. I am not gonna like it.

He talked me into trying out a venison roast, and I said if I try it and don’t like it, you can’t get mad at me ;-). He agreed, and he said that this is a great way to make it, so we did!  I actually was very shocked at how it turned out. It had very little game taste to it, and if I wouldn’t have prepared it, I think I would have thought it was beef!  Plus this recipe is very easy, just toss it in the crock pot turn on low and that’s it. I personally love to cook with our crock pot, makes life a bit easier for me!

We used about a 6-7 lb venison roast. If you don’t have one that size you can adjust the seasonings to fit your needs. You could also use pieced of venison in replace of a roast, and you could make it into shredded meat for sandwiches or add bbq sauce to it for pulled venison. 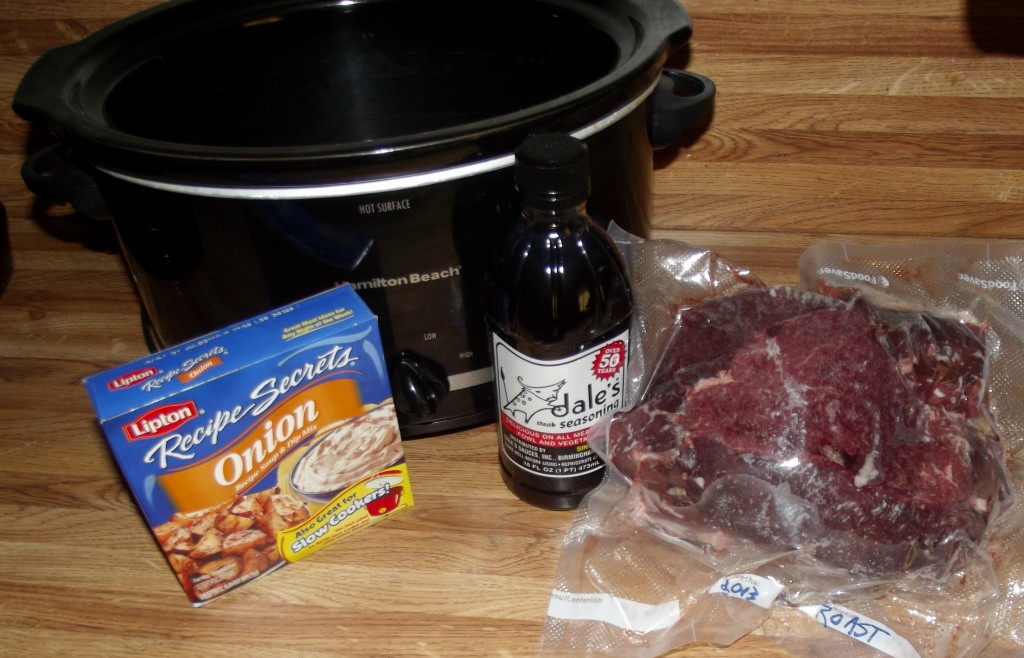 How to Make Venison Roast in the Slow Cooker:

Like I said above we used a frozen venison roast. It can be thawed that is totally up to you. In the crock pot you will want to place the Dale’s Season and the lipton soup mix. Stir till it is mixed then place the roast in the crock pot. Next once roast is in there add water to where it covers or almost covers the roast, depending on if you have room. If it is frozen it will thaw with some liquid so make sure not to fill the crock pot to full.

Turn crock pot on low and allow to at least 6-8 hours. We normally allow the roast to cook overnight and eat it the next day. This just makes it super tender and gives it a nice flavor. But, you do not have to cook yours that long.

Hope you guys enjoy this recipe, and feel free to Pin and save to cook at a later time! With the leftover venison roast we added bbq sauce the next day and ate it like that. Lots of different ways to use it. 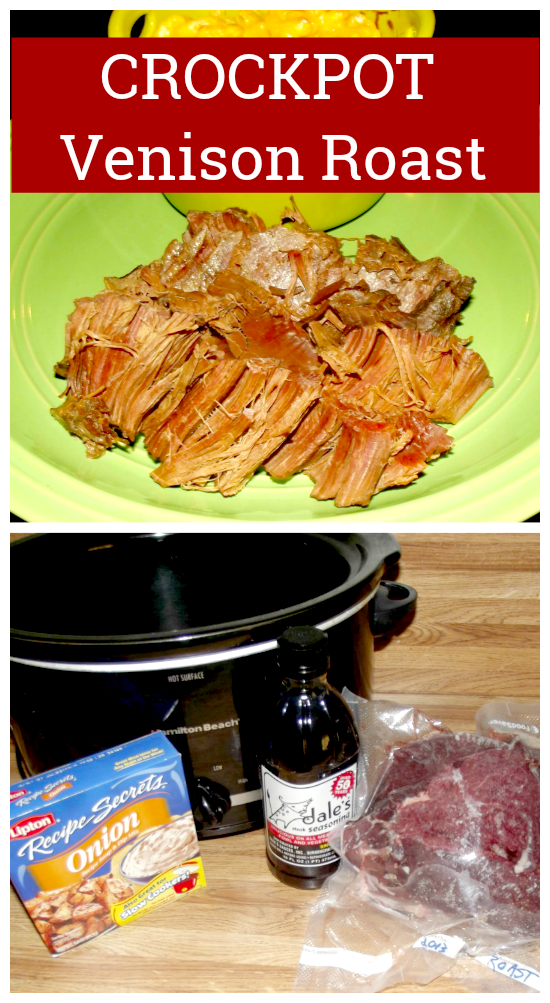