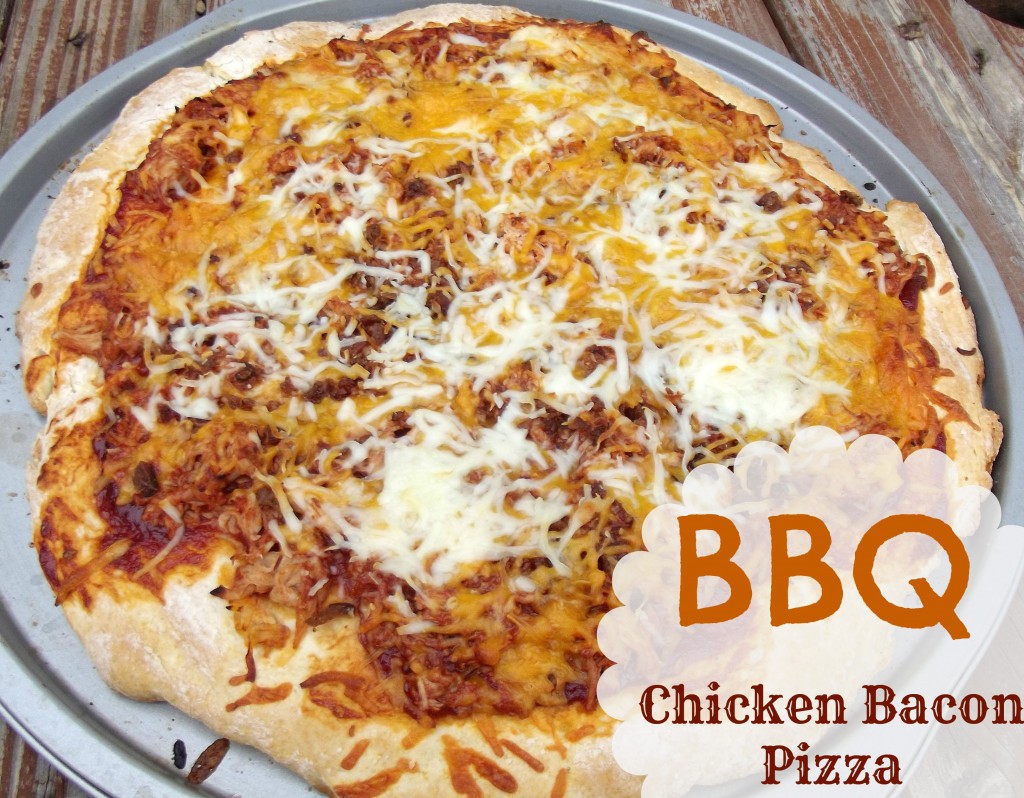 I can honestly say I have never had chicken on a pizza until a few days ago. I have seen people order chicken pizza but I have never had the strong urge to go out and try it. The other day I made some shredded chicken leftover from my last meal, and I was racking my brain on what to use it for. I then thought hmmm is now the time to try a BBQ Chicken Pizza? I went ahead and decided why not. Worst it will be is terrible, and I can just find something to fill me up.

So I ventured out of a comfort zone bubble I had been living in and created a BBQ Chicken Bacon Pizza. I made homemade crust with Bisquick. My sister-in-law had been raving on how good the crust was when she made her pizza, and I thought why not, I have everything on hand. For me I was kind of let down. My husband made a good point, the Bisquick crust would make a great breakfast pizza crust, as it has more of a consistency of a biscuit, rather then pizza crust.

My overall thoughts on the pizza… it was okay. I wouldn’t say it was grand and a pizza I will make again. I just don’t think chicken on pizza is that good, and it was edible just didn’t really do anything outrageous for my taste buds. My sister-in-law and mother-in-law raved when they made their chicken pizza similar to this one. So for me I think it is just because I never thought it would be that great in the first place. I like to try new recipes because you never know, it could be your new favorite food!!

So if you have had chicken bacon pizza before this recipe is super easy and you can always add red onions and such on the pizza to add more flavor if you want! 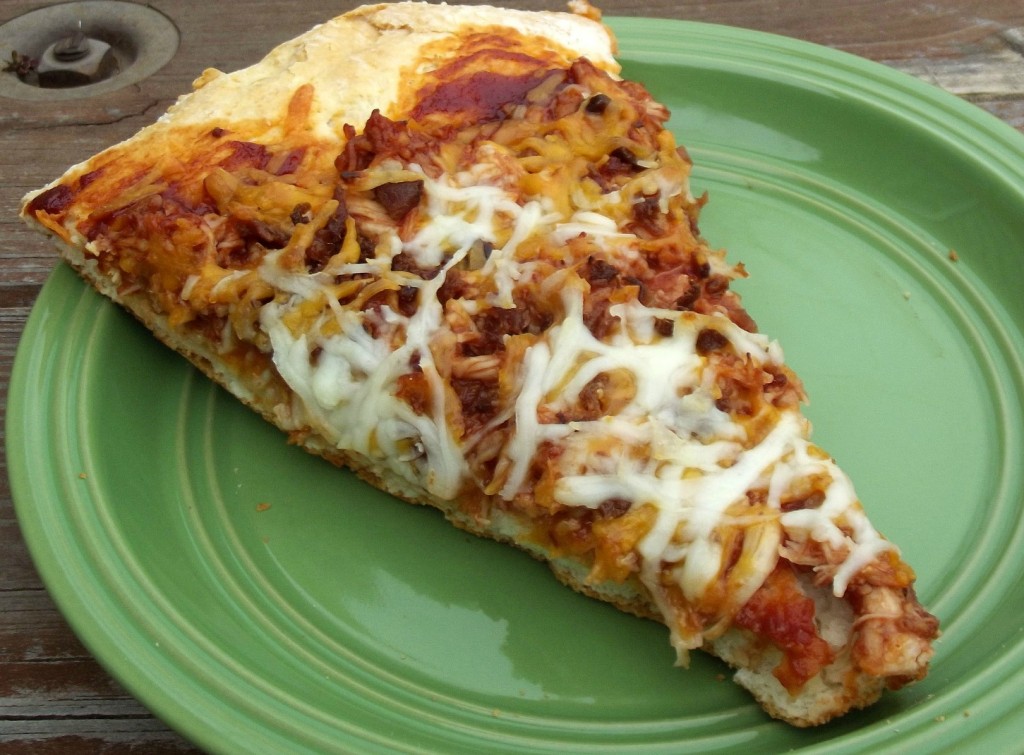